It seems surreal that an entire network is being produced by Chip and Joanna Gaines with Magnolia in Waco, Texas. Yep, my hometown of Waco, Texas! Yep, the couple that sits next to me at the Baylor University football games! Nope, they ‘don’t know me from Adam,’ but Joanna recently commented on one of my instagram posts! So, that’s my claim to fame, y’all!

Plans were made for the Magnolia Network to completely take over in early October. However, that date will probably be pushed back due to recent closures related Covid-19. In the meantime, I just watched the four hour preview of Magnolia Network. It aired on the DIY Network on April 26th.

If you missed it, here’s what I learned… about Magnolia Network and TEN new shows coming out! 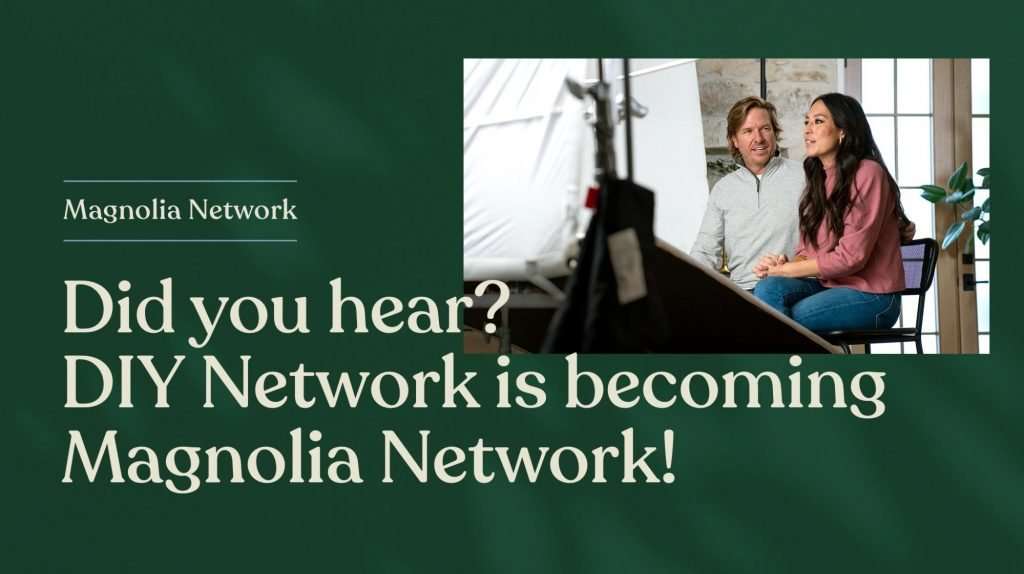 Chip and Joanna Gaines mentioned that the programming will focus on home, design, gardening, food, family and traditions. It’s basically a family oriented lifestyle network. They want to tell the stories of others who offer hope and optimism through their passion for living, authenticity and genuine relationships with others.

While the couple didn’t mention specific details of Joanna’s cooking show, they did show footage inside the newly renovated Grist Mill in Valley Mills, Texas where her cooking show is filmed.  This building is located about 15 minutes from the Gaines’ family farm and was renovated in early 2019. You will not believe the ‘before’ pictures of the mill shown on Realtor.com, here.

In addition, Joanna had previously shared a tour on Instagram stories of the 3 story, 4200 square foot, limestone grist mill, originally built in the late 1800’s. Joanna mentioned that a prep kitchen was installed in the basement to aid in filming the cooking show.  In addition, here’s a beautiful detail of the main kitchen. Then, on the right, is the lounge area for the kids when filming. A guest bedroom currently serves as the greenroom for guests on the show.

Latest for Magnolia in Waco

Next, the Gaines shared a look at the latest expansion at the Silos and Magnolia in Waco, Texas.  For instance, footage is shown relocating a historical church onto the Magnolia grounds for preservation. This area at the Silos will include a whiffle ball court, concession stand, new restrooms and retail spaces. Plus, they are adding a furniture showroom which will carry the Magnolia Home brand and vintage finds.  As far as what will make it from these renovations onto the network is still unknown.

Then, these business entrepreneurs share a look inside what appeared to be the Karem Shrime Building. It is located downtown, just a few blocks from the Silos. It appears that not much renovation has begun for the future boutique style hotel, but city permits to renovate have been approved. Therefore, I’m sure we are all hoping to see this transformation and more appear in some kind of show with Chip and Joanna Gaines.

The Empire that Chip and Joanna Gaines Built

The Magnolia Network will air episodes of all five seasons of Fixer Upper starring Chip and Joanna Gaines. During the network’s preview, Chip and Joanna looked back on the making of their television show and their recent two year break from filming.

If you know this couple, you know it really wasn’t a break. During that time, Chip and Joanna Gaines had just opened the restaurant Magnolia Table and most recently Magnolia Press coffee shop, renovated an old grist mill, constructed several new homes through Magnolia Realty; had baby Crew; wrote a children’s book, a design book, and just released another cookbook; created a new line with Anthropologie, a rug collection with Loloi, released many collections with Target and her own Magnolia Home furniture; bought a castle and a historical building to develop into a boutique hotel; began a $10 million expansion to the Silos; traveled the world; and taught everyone how to make the best chocolate chip cookies on her instagram stories during the Covid -19 ‘Stay at Home’ mandate. Basically, Chip and Joanna Gaines can actually do it all.

In addition, the Magnolia Network shared a sneak peak of ten new television shows. I believe these stories share a passion for home, family, food, or everyday beauty. They will surely inspire us to seek the same in our lives.

Shows based on the love of WORK

1. Growing Floret: The Floret Flower Farm in Skagit Valley, Washington is run by owners and flower farmers Erin & Chris Benzakein. The show will share the behind the scenes of this growing family business.

I am most excited about this show, because I have followed Floret Flowers on Instagram for years… I mean, look at these beautiful photographs of vibrant, lush flowers which also appear in several of Erin’s books. 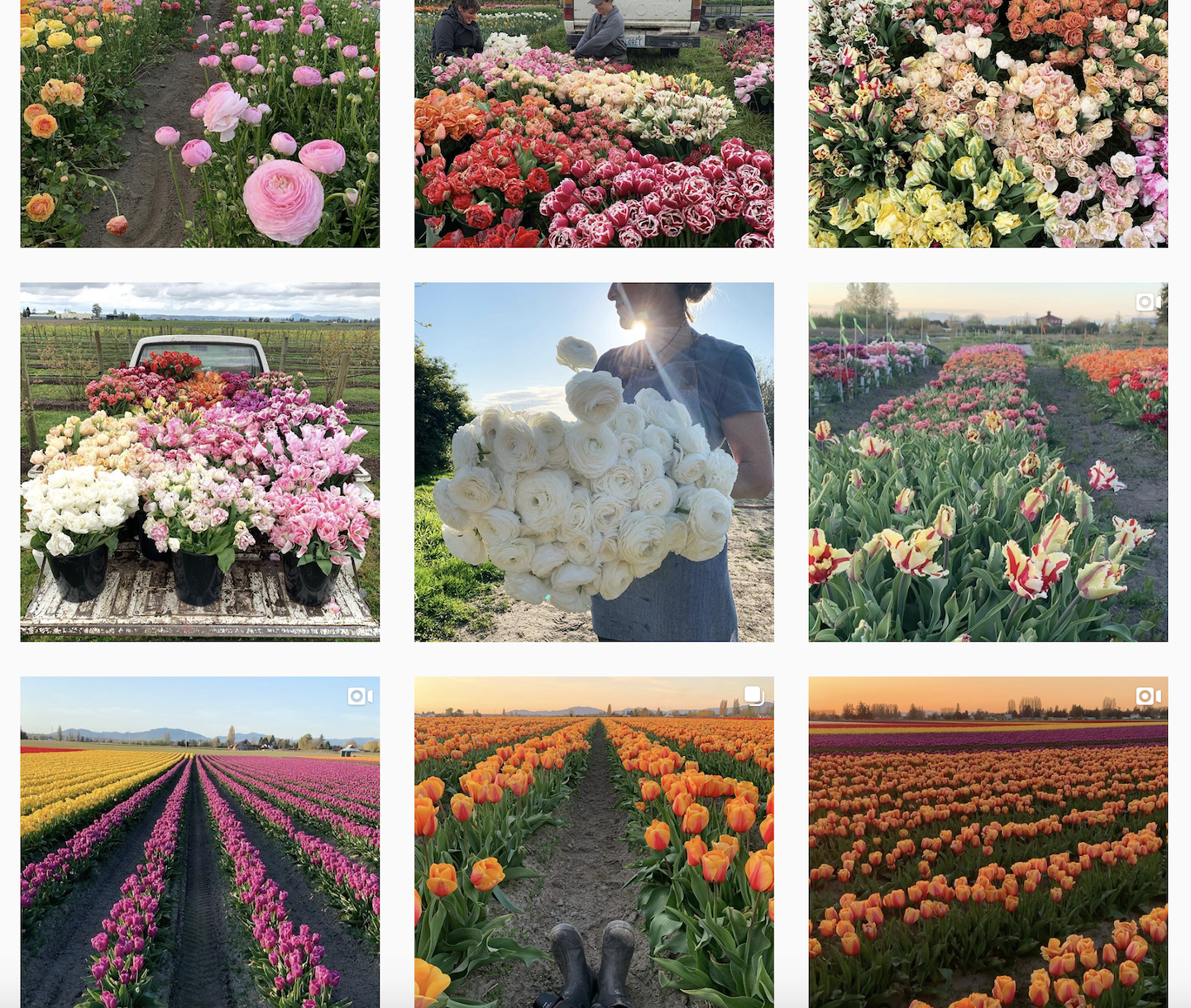 2. The Fieldhouse: Justin Bane was a Baylor football player whose goals of playing professionally ended due to an injury. However, he decided to help others who may feel broken in some way by opening The Fieldhouse gym in Abilene, Texas. This series will share his story and the stories of those he works with to rebuild their lives.

3. The Lost Kitchen: This series shares the story of Erin French who owns The Lost Kitchen, a farm to table and locally sourced restaurant in Freedom, Maine, and her fellow all female staff. The restaurant is only open 6 months out of the year. However, hundreds of visitors make reservations through a postcard lottery system.

4. Inn the Works:  Lindsey Kurowski and her three siblings from Big Bear, California, are restoring The Oak Knoll Lodge including 12 campground style cabins originally built in the 1920’s near Big Bear Lake.

5. Restoration Road:  Fellow Wacoan and woodworker Clint Harp who appeared on Fixer Upper and his own television show Wood Work travels across America showcasing the restoration of some of the oldest buildings by  craftsmen.

Shows based on the love of HOME

6. Home on the Road:  This show stars the singing duo of  JohnnySwim and partners Abner Ramirez and Amanda Sudano from Los Angeles, California who take life on the road with their young kids as they tour through America. Johnny Swim has appeared in concert many times at Silobration in Waco, Texas. Plus, their song, Home, was the Fixer Upper theme song.

7. Bespoke Kitchens: This show follows deVOL Kitchens, a furniture manufacturer and kitchen design team based in England, but most recently in New York. There is so much simplicity and beauty in the handcrafted details in each piece of furniture, cabinet and kitchen renovation. From handmade ceramic tiles to aged brass hardware, these craftsmen and designers are so talented.

I can’t wait to see a kitchen designed from beginning to end. Again, I have been pinning deVol kitchens on Pinterest for quite some time and following their amazing work on Instagram, here. 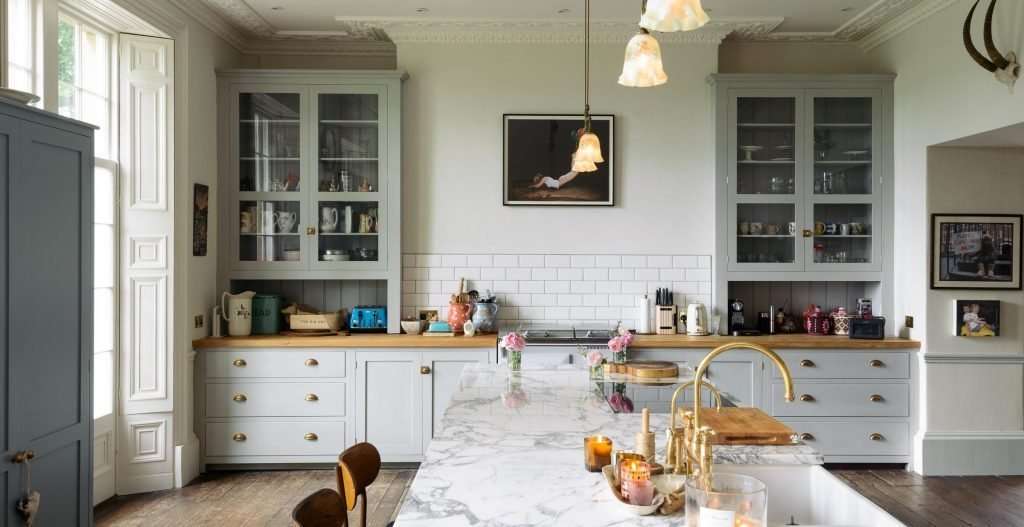 8. Family Dinner: This is hosted by Andrew Zimmern, who also stars in What’s Eating America? and several other television shows that explore culture and how we live with food. This show will continue to explore how food brings people together across America.

9. Super Dad:  This show stars Los Angeles, Ca based comedian, father and DIYer Taylor Calmus, who you may recognize from the YouTube videos Dude Dad. With a team of builders and a fellow ‘super dad,’ Taylor will help build a backyard project that kids only dream about.

10. Home Work: Andy and Candis Meredith along with their seven kids are moving out of a 900 square-foot Utah home into a 3 story, 20,000 square-foot, 100+ year old school house. While they have been renovating houses for years, most recently on Old Home Love, featured on the DIY Network, this dream home will be their biggest project yet. You can follow them on instagram, here.

Want more of Magnolia in Waco?

If you love reading about Magnolia in Waco, Texas check out these blog posts.  For example, I shared a list of Chip and Joanna’s top places to visit while in Waco, projects that are coming soon, and home decor trends seen in the 2020 Spring Installation at Magnolia Market.

Lastly, subscribe to my blog to get updates on all things Waco, home decor inspiration and DIY ideas. But first, save this to your ‘Magnolia in Waco’ Pinterest board. 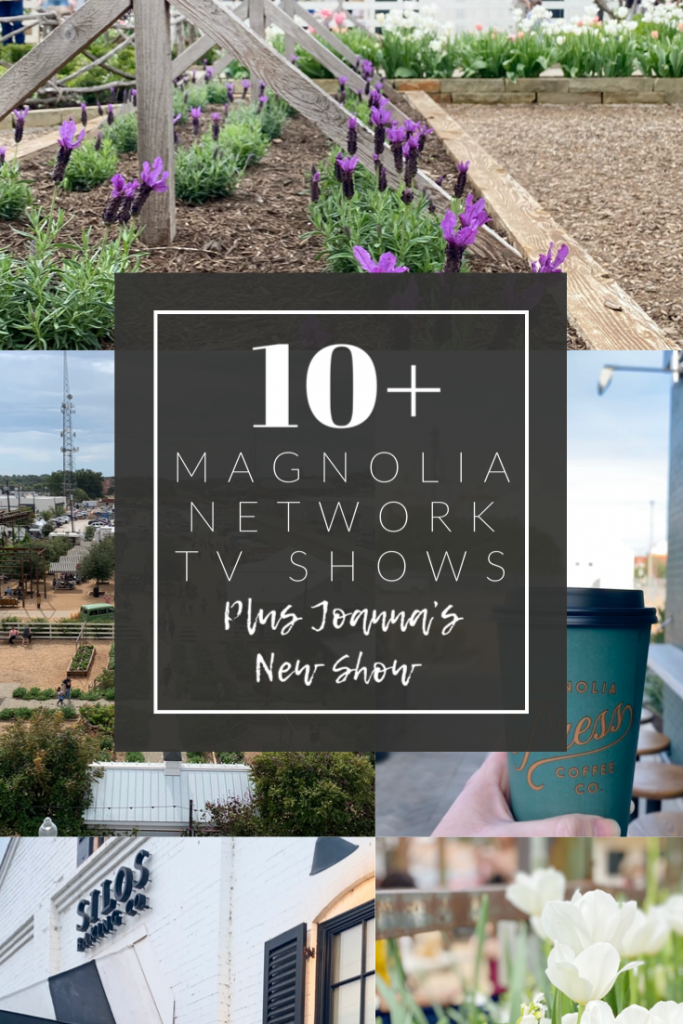 How to Make Bath Bombs